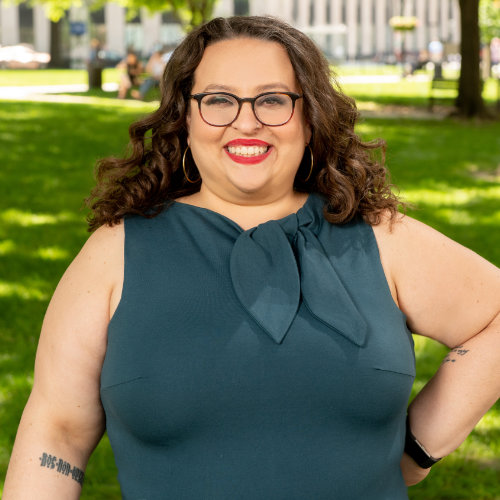 Chris has led BISC as Executive Director since June 2018, bringing nearly two decades of experience in advocacy, creating collaborative spaces, and movement building. She has devoted her career to social justice and ensuring our democracy works for “We the People.” At BISC she leads the organization’s vision, strategic planning and fundraising efforts. As a queer woman of color who came to the United States at an early age with her working-class parents, she leads from her lived experience and desire to build an equitable and just world.

She came to BISC because she has witnessed the power of ballot measures to create radical transformational change and shift the narrative on issues like LGBTQ rights, creating a living wage, and the right to vote.

A seasoned strategist, she has worked in numerous roles for progressive political and issue-based campaigns across the country. Over her career she developed messaging and communications strategies at ReThink Media, led programs to expand and protect the right to vote at the Lawyers’ Committee for Civil Rights Under Law, worked on campaigns to end money in politics at Common Cause, and fought for DC’s children and families to have access to a quality education at DC ParentSmart.

Chris is Venezuelan-American, raised in Texas where she received her degree at Austin College in Texas. She lives in Washington, D.C. with her amazing daughter. She is known to burst into song and loves whipping up delicious treats in the kitchen. Follow her on Twitter at @Fieldsy.