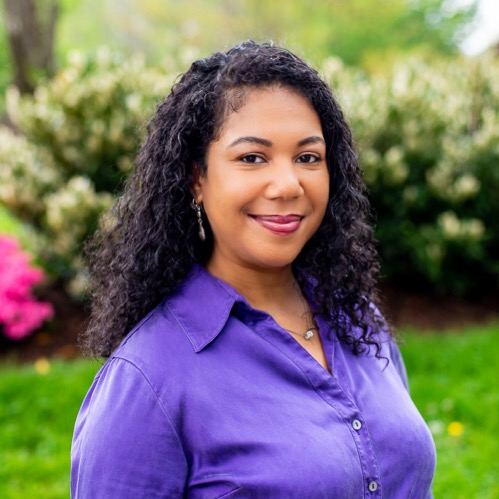 Eliana Ramirez-Vaughn joined BISC in September 2018 as the Executive Assistant to the Executive Director. Currently, she serves as an integral part of the program team as the Capacity Building Manager, working to advance BISC’s national long-term ballot measure strategy. Prior to joining BISC, Eliana worked in mostly administrative roles in education and hospitality and backpacked around Southeast Asia for eight months in 2016.

Raised in Lawrence, MA, by a single mom who immigrated from Dominican Republic, Eliana has always believed in women’s equality and immigrants’ rights. Through BISC, Eliana has formed a passion for advocation for democracy and economic justice reform through ballot measures.

Eliana attended Temple University and now lives in Silver Spring, MD, with her husband and their 3-year old son. In her spare time, you can catch Eliana looking up deals on flight or concert tickets or running after her toddler trying to keep up.